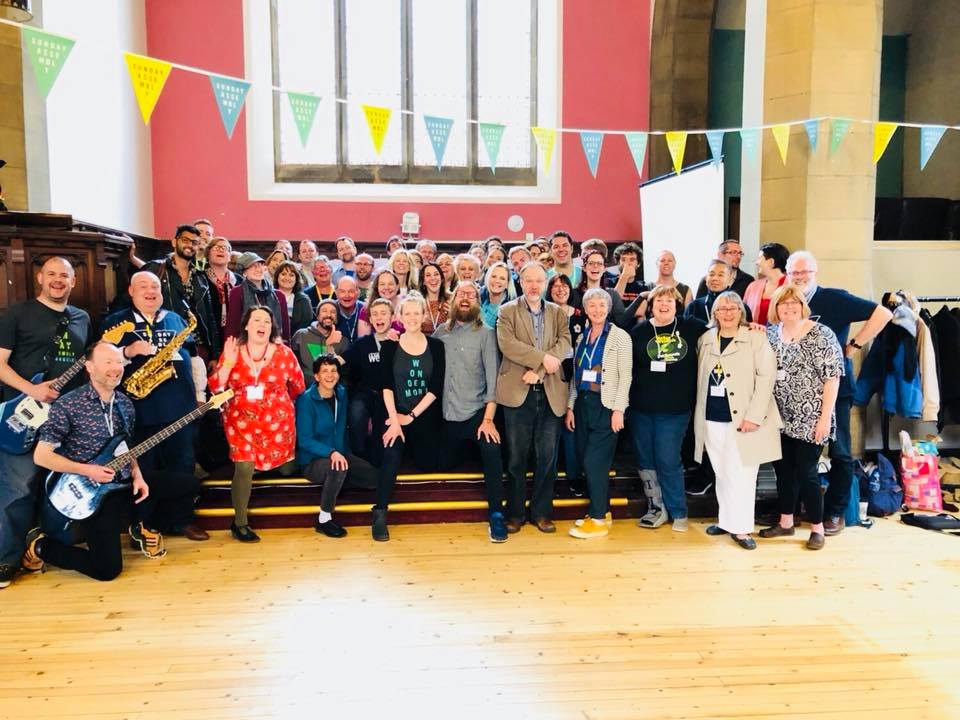 I got back from the Sunday Assembly Gathering in Edinburgh, Scotland a few weeks ago as the sole representative of the ATL! This is the same series of yearly conferences that was in Atlanta in 2015 and got me more heavily involved then. Being around leaders of SAs across the US, UK, and Europe truly is magical. One person said in an early group conversation that “these are my favorite people”, and I can’t agree more.

Between exploring the fantastic capital city of Scotland, I participated in many discussions and workshops about the future of Sunday Assembly and the network, how to have a band (I got to share some tips!), how to recognize and avoid burnout, and so much more. You get to make such meaningful connections with folks from across the pond or across the US, learning how they do things, what they value, and sharing in return.

Plans are in the works for next year, and I’m going to push hard to get lots of us there! It truly is a wonderful time that continues to be a testament to how important the work of organizing communities really is.

Below are some of the photos I took of the event (and the last one provided by someone else!) as well as other fun times had with SAers. The main photo was also taken by someone else at the conference. 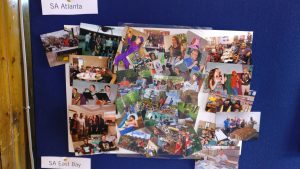 The collection of photos (the middle collage is Speck’s) I used to show what we’ve been up to! 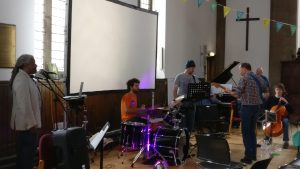 Landry singing Light My Fire with the excellent band from across the UK. 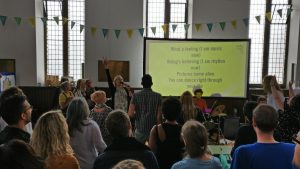 Pippa Evans belting it out during a song. 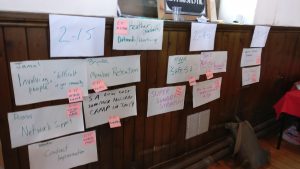 “Open Space” took up Saturday afternoon with conversations that people wanted to have at appointed times with whoever felt moved to contribute. 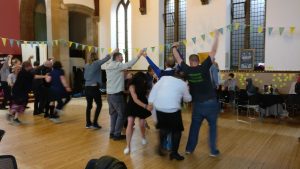 Dancing at the “Ceilidh” on Saturday night. 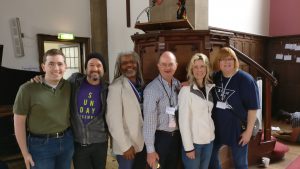 Group photo with Nashville! Adam and Landry are wearing our purple shirts. 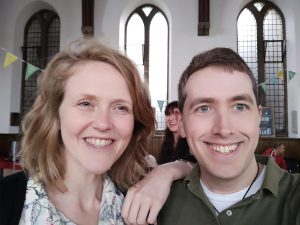 Saying goodbye to Pippa as she leaves her roles at SA. 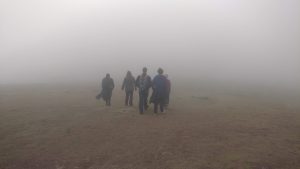 Walking into the mist near Arthur’s Seat, an extinct volcano in the city, with SAers from LA, Silicon Valley, San Diego… 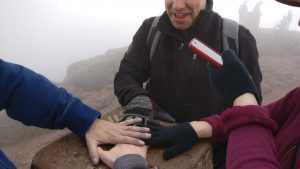 The four of us who reached the top! 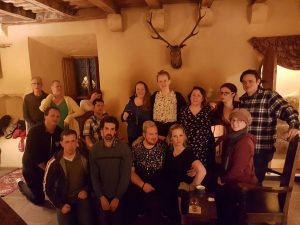 Towards the end of the party on the final night in A CASTLE!

I’m writing this blog post not just to share a wonderful time. It’s also to report back and update SAA on the status of Sunday Assembly as a whole.

Long story short? I’m confident in the people that comprise the Sunday Assemblies around the world, and more focus will need to be directed to supporting one another and providing the resources that SA HQ always intended to.

One of the most important conversations the entire group had was about the future of Sunday Assembly in the wake of SA HQ reducing its scope and role. SA HQ, or sometimes called “Sunday Assembly International”, was an organization with the mission of providing resources, connection, and support to local assemblies new, old, and just trying to start. Unfortunately, the org was never truly funded at the level that would be necessary to solve problems of over 50 different communities across the globe. Really wonderful people gave their all until they couldn’t anymore. Some were at this gathering, and I was grateful to offer my gratitude for the untold amount of work that isn’t always so visible.

So now SA HQ is going to just focus on the 3 London assemblies, and the resources and support we always wanted to have from SA HQ is no longer an aspiration that we all hope someone else will figure out eventually. Now it’s our responsibility.

The gathering wisely began with tackling this important shift. People asked important questions about what it means for Sunday Assembly to go “open source” with its model without an institution to manage those communities. We wondered how future conferences would be put on. We strategized about concrete steps that needed to be taken for assemblies to communicate between one another, pool resources, and coordinate, especially in our online platform.

If you’re just a fan of Sunday Assembly Atlanta, it might be the case that all this international talk seems remote or beyond what’s important to think about when your connection to secular community is just through us in Atlanta. If you’re just here for the assembly speaker, or the music, or our meditation or other small groups… I think it’s okay to not be focused on the movements on the grander stage. I would, however, like to make the case for why it matters.

SA continues to have powerful potential and demonstrably makes people’s lives better already. People make friends through our events. They learn, grow, and try new things. They decide where to move or visit to based on whether an SA exists in their destination. When I table at events, talking to folks about Sunday Assembly, I often get asked if an SA exists in someone’s town, or how to start one. I want to be able to answer those questions positively more often. I want other places to be able to have what we have, whether it’s groups of friends meditating and catching up with each other’s lives or a disco dance party at the end of an exciting assembly.

How well we’re able to propagate new assemblies and maintain existing ones is largely influenced by changes in parent organizations, or, soon, lack thereof.

So what does this all mean? Well, I plan to have a role in this conversation and this work to sustain assemblies’ connections with one another and grow. I’m so grateful that Sunday Assembly Atlanta is on stable footing (as sure as any assembly gets, which is still rickety) which could allow me to move some of my focus towards these international efforts. In doing so, it will be all the more important to encourage and find new volunteers to fill some roles. This is of course a process that should always be happening, anyway.

The Sunday Assembly Gathering exemplifies what all this effort is for. I hope the photos do some of the moments justice, because the wide range of powerful experiences among SA folks is astounding. In a single weekend, with the same people, you ponder the meaning of “radical inclusivity”, you eat Turkish food with Scots and learn about their lives, you talk shop about how to pick songs for assemblies, you line-dance the night away, you write a dozen kind notes to people who made you feel welcome, and you climb an extinct volcano with them. Sunday Assembly is all of these things in one strange amalgam that is worthy of carrying forward.

I hope you’ll join us. A great place to start is to see our volunteer page and what you might be able to do. (Hint: I bet you can!)